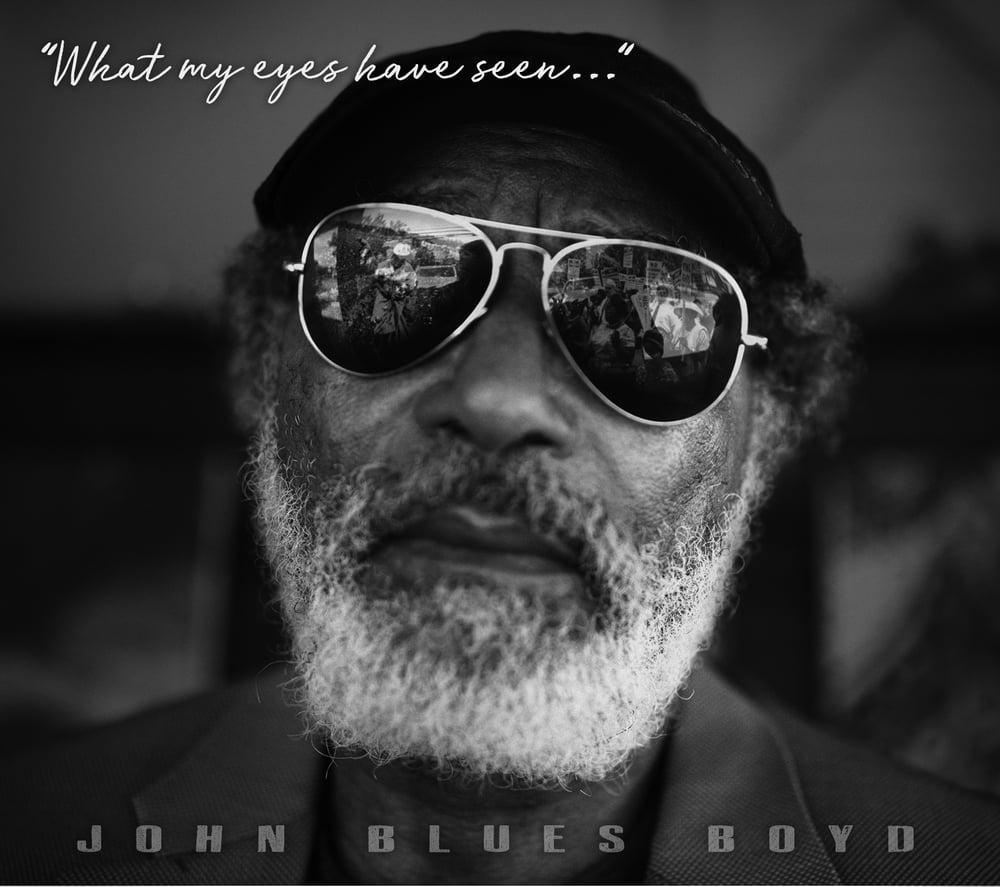 Now available!
“This album may be the most important and historically relevant blues album in decades” — Kid Andersen
I was first introduced to the music of John Blues Boyd by Kid Andersen when we were working together on Billy Price's new record last year. I was immediately struck by the clarity of his diction and the magisterial tone of his voice. I am not religious but it sounded like how l would imagine the voice of God... strong, commanding but calm. Filled with warm emotions, a palette with many colors and shades. I could see why Kid raved about John and l was converted in an instant. We had to make a record with John. Neither Kid or l wanted to do covers, John is a completely original artist and deserved songs written for him and him alone. Then Kid told me John's story. Born in Greenwood, Mississippi in 1945 he was picking cotton in the fields at the age of seven. At eighteen he was run out of town by racist forces for joining Martin Luther King's Freedom March at sixteen. It was obvious to us both that this record had to be about his life. A life that has witnessed the struggle and oppression of Afro Americans through the dark days of Jim Crow and the murders of many including Dr. King, Malcolm X, and John F. Kennedy. John overcame all this and married and made a good life for himself and his lovely wife Dona Mae in California.
The songs that Kid, John, and l have written here are snapshots from a life camera. Pivotal moments in a long life, well-lived and John has inhabited them with his body and soul. With the passion and sadness, anger and joy that he felt at the time the events he sings about happened. This record is not just John Blues Boyd’s story but stands as a testament to the struggle and contribution of the Afro American people who have contributed so much to make this country great. It also gives warning of what happens when racism and inequality are allowed to have a voice in society. Modern politics are indeed divided and dark. In John's songs and memories is a warning that we should all heed about what can happen when we allow evil to prosper.
This is a great record by a man who should be regarded as a National Treasure and hopefully, this record will go some way to addressing this but this magic could only happen with the musical brilliance of the great Kid Andersen. You send him lyrics he sends you back musical gold, sometimes within hours. The sweep of his imagination knows no bounds. He hears things that no other producer l have worked with hears and he plucks them from that fertile imagination and makes them come alive. He is the conduit that has pulled this record together and helped John Blues Boyd make what l believe will be one of the seminal Blues records of this or any century. Mike Zito and l are so proud to have this record on our label and have the privilege of working with two giants of the Blues: John Blues Boyd and Kid Andersen. — Guy Hale, Gulf Coast Records